A Tale of Two Challenges: From Space Exploration to Unlocking Your Vision

These Contests Put Your Skills to the Test 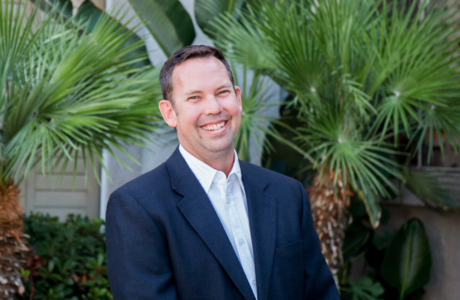 I love a good puzzle, and I’m guessing most engineers do as well. After all, engineers spend their days solving complex problems to deliver the most advanced products to the world or to perform mission-critical tasks. We kicked off this season of merriment with the latter in mind at this year’s Nokia FPGA Conference and “Mission to Mars” Hackathon in late November. Now, just in time for some holiday fun, we’re launching our own contest that will test your ability to unlock your vision. Our annual Holiday Puzzle Challenge provides the technical dilemma our die-hard participants expect while also giving our less technical community the opportunity to take part in the fun.

Before we get to our “visionary” holiday brainteaser and how you can participate, let’s take a journey to Mars as we look back at how Nokia’s teams of crack hackers were able to solve the mysteries that helped them reach the red planet.

Nokia’s “Mission to Mars” theme hackathon was organized in Kraków, Poland but held virtually so contestants from around the world could participate. Sitting in their spaceships on their voyage to Mars, teams were confronted with a gauntlet of meteors that threatened to destroy their vessel. With thousands of meteors between them and Mars, the teams needed to successfully navigate their way through the meteor shower. Coordinates of each of the meteors were being broadcast from mysterious satellites, but the FPGA-based radios that the teams used to intercept the coordinates were unable to keep up with the ever-changing readings. With only 24 hours to make it to Mars, teams needed to act quickly to decrypt the clues correctly in order to save the expedition. The team that was able to complete the mission while obtaining the highest performance from their FPGA-based design won.

To help each group complete the voyage, they were provided a development board and accessories included as part of the Cyclone V GX Starter Kit. They were also given access to FPGA design and verification tools like our OneSpin 360™ Design Verification and Equivalence Checking for FPGAs formal solutions.

In the end, 29 teams of hackers participated and most completed the mission. You can check out the details of the event at https://fpgahackathon.com.

We’ve taken the momentum from the Nokia hackathon and have come up with our own mystery for you to solve. We’re challenging you to perform some visual gymnastics to find those trickly corner-case bugs. Oftentimes, we need to look at things from  a different perspective to reveal more than what we see on the surface. This is true for a hardware design or a stereogram image.

I may be dating myself, but stereogram images were all the rage in the ’90s. In fact, some of us may remember that Seinfeld created a whole episode on the topic and the hilarity around the difficulties in being able to adjust your eyes to see hidden objects beyond the repetitive imagery.

In this challenge, we’re providing you with one of these images, along with a non-trivial Verilog design. You’ll need to figure out the 4-bit key that makes the design work as expected. For those less technically savvy, you can find the 4-bit key hidden in the stereogram image. For the more technically minded, you’ll need to analyze the design through visual inspection or by using OneSpin’s tool, which should only take a few minutes. You could use a simulator, but you might feel a little older when you’re done.

All kidding aside, even the simplest designs have corner-case bugs that are hard to detect by code review, let alone designs which might feature third-party or legacy IP with incomplete or obsolete documentation, or even IP with deliberately-hidden functions. Luckily, unique solutions from OneSpin are extremely efficient in revealing unknown behaviors and bugs, even in the most known and understood designs.

We invite you to take the “Unlock Your Vision” challenge. Everyone who completes the brainteaser will have the chance to win some great prizes. We’ll be selecting three winners categorized below:

The Mole winner will be chosen randomly among the participants that can read the 4-bit key in the stereogram image.

The Hawk winner will be chosen randomly among the participants that work out a valid key using the provided Verilog design.

The Fox winner will be the participant that provides the most interesting comment, as judged by the committee in a totally unobjective way.

The winners will be announced by early March 2021.

Go to onespin.com/holidaypuzzle to play today!