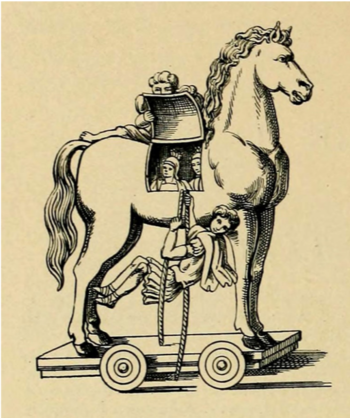 Long ago, back in the Bronze Age, the Greeks were stuck in a neverending siege of the mighty city of Troy. On the brink of giving up, they came up with a cunning plan. They pretended to abandon their encampment while leaving behind a large wooden horse as a gift to their noble opponent. The plan worked. The Trojans took the horse as a trophy and brought it inside the city walls. Little did they know that the horse was hollow and filled with elite Greek soldiers. At night, the soldiers came out of the horse and opened the city gates. Finally, the Greeks could storm Troy!

The Trojan war is a remarkable epic story. No wonder it has found its way even in engineering. The hardware development community has adopted the term Trojan horse to indicate hidden, malicious logic in a semiconductor IP or chip. This logic can be used by an attacker to undermine the security of a system, from an IoT device to an autonomous vehicle, and compromise the privacy or safety of people. Governmental agencies and large corporations are increasingly more concerned with the risk of hardware Trojans being inserted into third-party IPs or during pre-silicon design implementation steps.

OneSpin is the only major EDA company providing innovative technology for the detection of hardware Trojans. As the semiconductor industry becomes more aware of this risk, we thought it would be great to use this topic for our annual holiday puzzle. 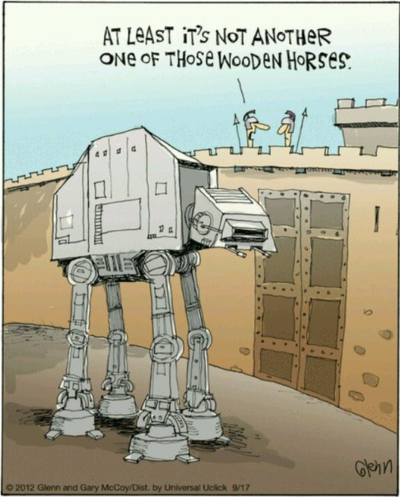 We provide two versions of an RTL design (originally sourced from TrustHub), namely uart-TrojanX and uart-TrojanY. Each design includes a Trojan horse. A relatively quick code review should be sufficient to spot the Trojans, even without access to the design specifications.
We challenge you with up to three tasks:

Give your answers to one or more of the questions above for a chance to win some fantastic prizes. Make sure your answers reach us before the deadline.

Each of the three tasks comes with an amazing prize: Bose SoundSport Free wireless headphones!

The deadline for submission (Monday, January 20th, 2020) has passed.

The winners will be announced by early March 2020! Best of luck!